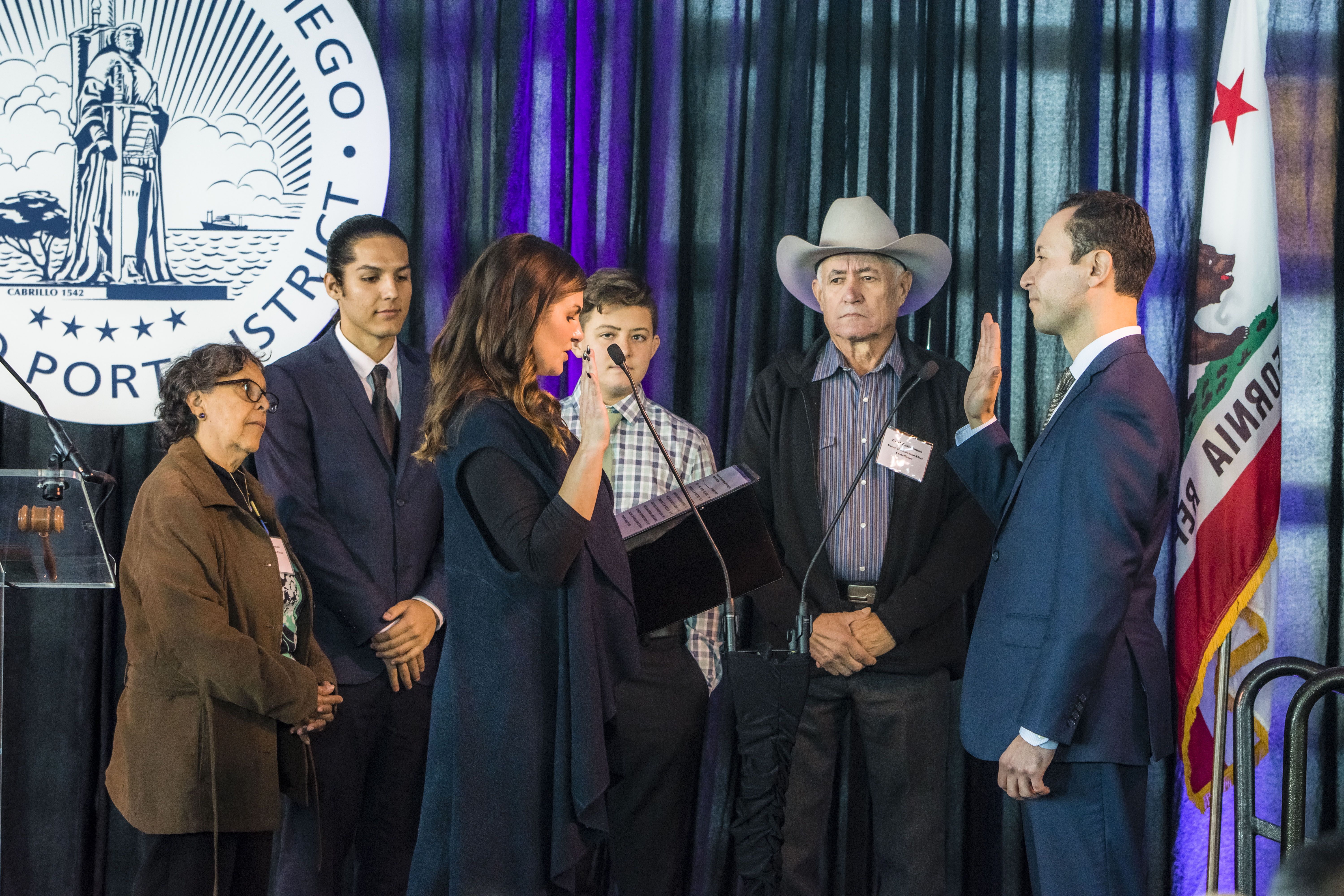 Thank you for supporting my work on behalf of the San Diego region. Last week I was sworn in as the chairman of the Port of San Diego. I wouldn’t have had this opportunity without the support of many people like you.

During my inauguration speech, I stated that my theme for 2018 is Ocean Optimism. It’s the belief that we should all be incredibly optimistic about the potential of the ocean economy, also known as the Blue Economy, to be our region’s greatest source of opportunity.

The San Diego region is known for its innovation, but much of its success has been directed eastward, away from the ocean. The 21st century is also about looking west, at the swelling importance of the Blue Economy. We must catch that wave, lifting up all boats on a rising tide of innovation, investment and optimism. If we’re successful, then just like the Santa Clara Valley came to be known as the Silicon Valley, perhaps one day the San Diego Bay will come to be known as the Blue Technology Bay.

Let's get to work.